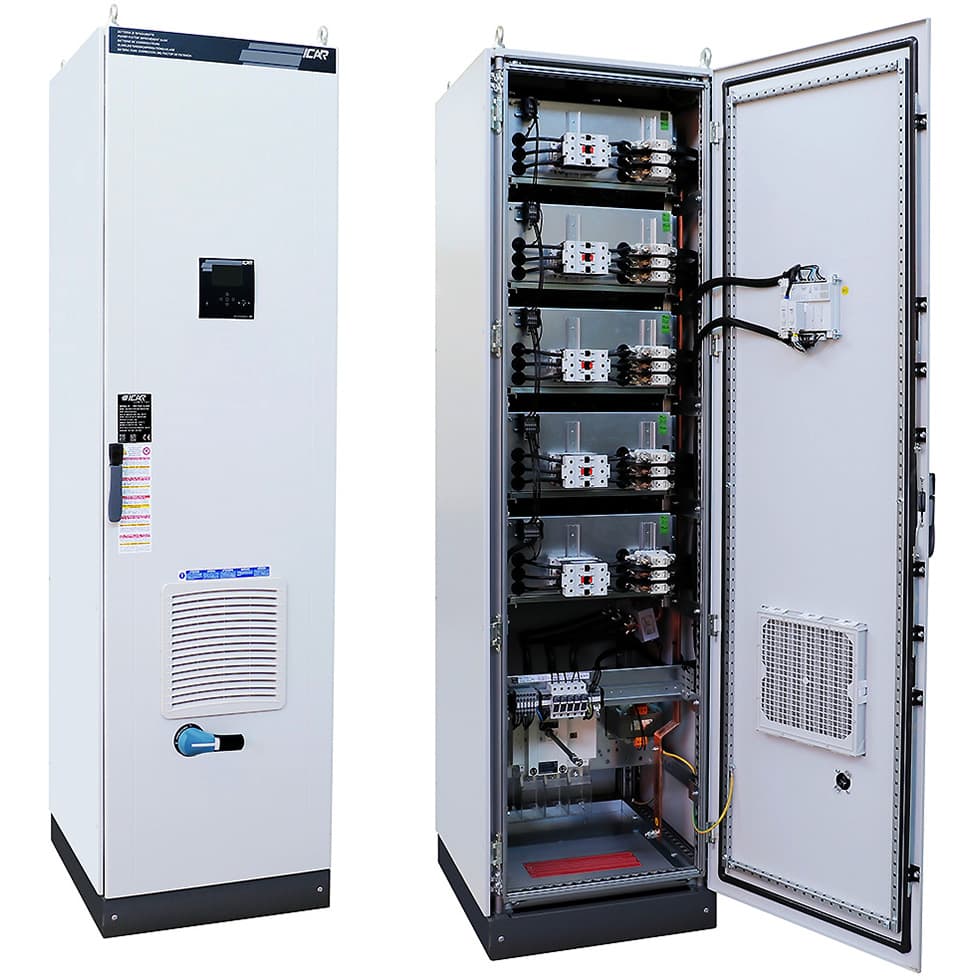 The mean value of the reactive power in a wave period is nil. Therefore, the reactive power does not contribute towards the generation of mechanical work and constitutes an additional load for the energy source, forcing it to oversize its generators and transmission/distribution lines.

The parameter that deﬁnes the absorption of inductive reactive power is called power factor (cosφ) and is represented by the ratio between active and apparent power.

Assuming there are no harmonics in the system, the power factor is equal to the cosine of the angle between the voltage vector and the current vector (cosφ). The power factor decreases when reactive power increases.

By installing a capacitor battery, it is possible to reduce the reactive power absorbed by the inductive loads connected thus increasing the power factor.

There are several ways to perform the power factor correction and the choice depends on daily load duty-cycle, load distribution and type of service.

The main choice is between distributed or centralized power factor correction.

If the correction system is distributed, the units are located in the vicinity of each load for which the power factor needs to be corrected.

The daily load duty-cycle is of critical importance when choosing the most suitable power factor correction system. Very often, not all the loads work at the same time and some are operative only for a few hours during the day. In this case, it is clear that the distributed conﬁguration would be too expensive due to the high number of correction systems that would need to be installed and the idle time of several units.

Power Factor Correction (PFC) systems improve the power factor in order to prevent from problems, which resulted by the low factor.

The reactive power regulator, together with capacitors and reactors (in detuned ﬁlter cabinets) is, the key component of the automatic power factor correction system. It is actually the ‘intelligent’ element responsible for the veriﬁcation of the power factor of the load, depending on which it controls the ON/OFF switching of the capacitors’ batteries. By doing so, the regulator maintains the system power factor above the minimum threshold set by the Energy Authority.

PFCs are manufactured for continuous operation at rated power from 100kVAr to 1000kVAr. The rated voltage is 415V and depending on the harmonics distortion of the circuit, the suitable type can be selected. PFC allows a continuous 1,3 overcurrent and 1,1 overvoltage. Also, there are allowed overload factors for capacitors, which are defined according to the selected type. In every capacitor a discharging appliance included. 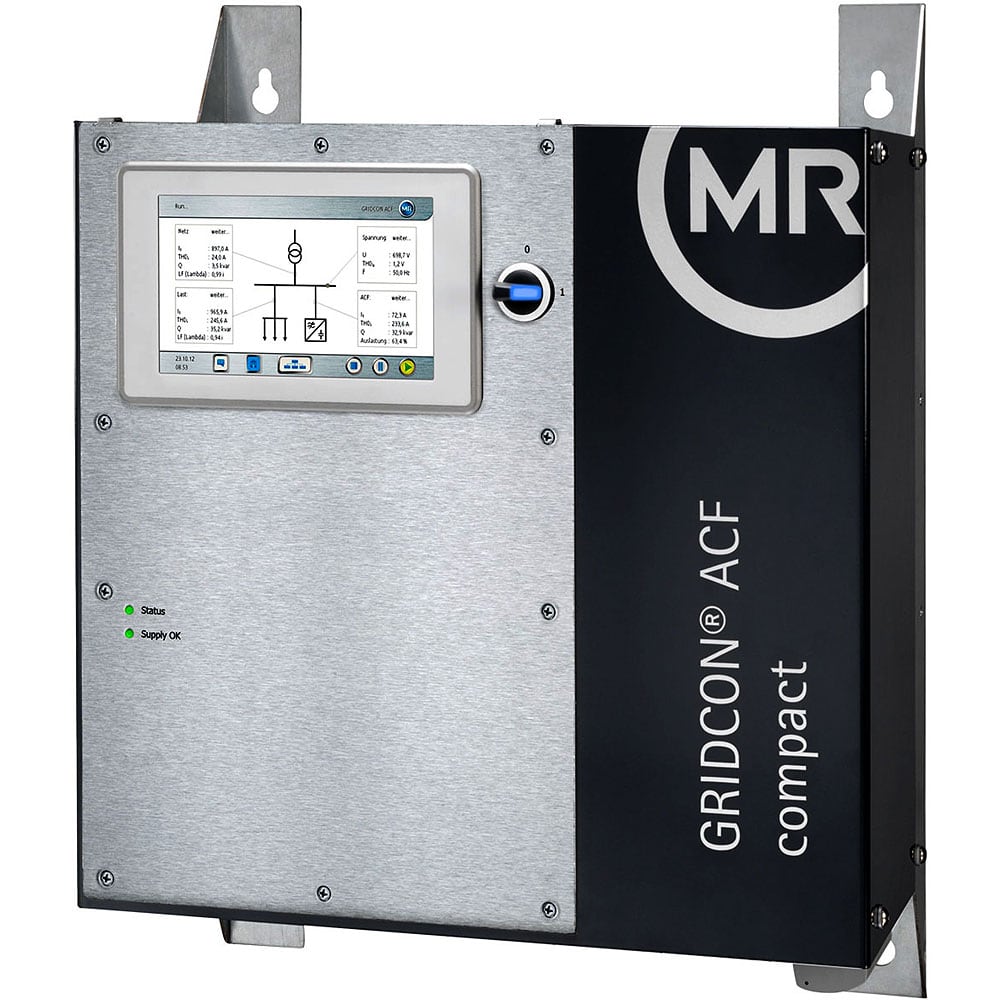 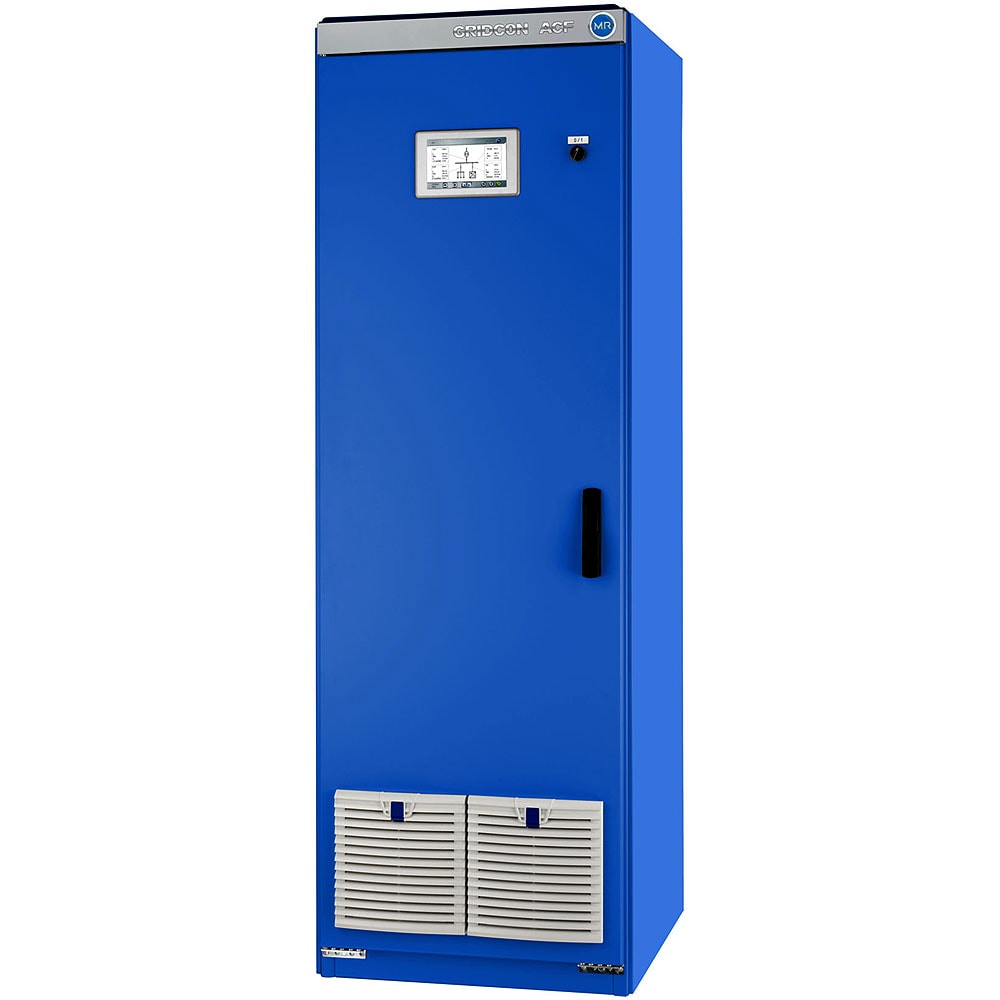 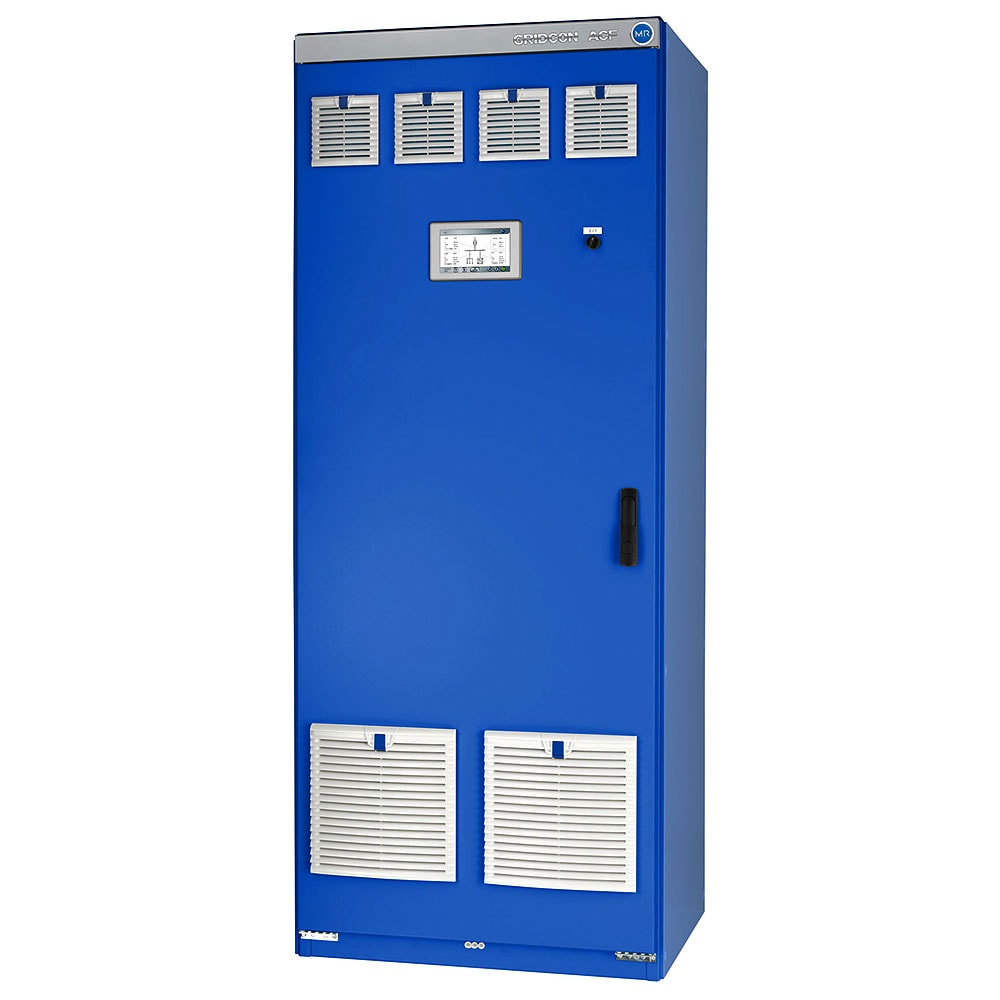 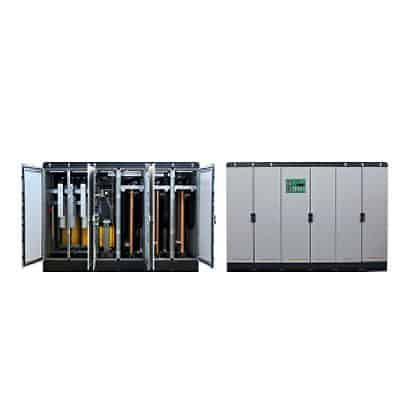 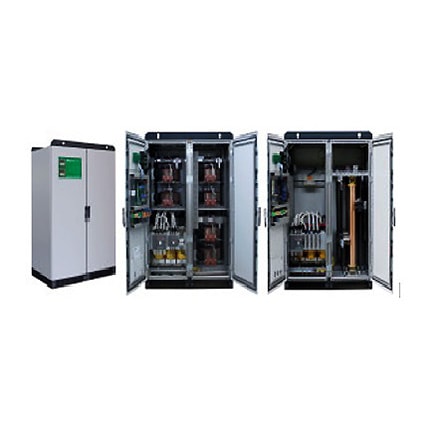 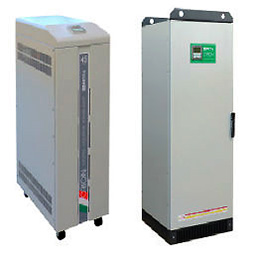 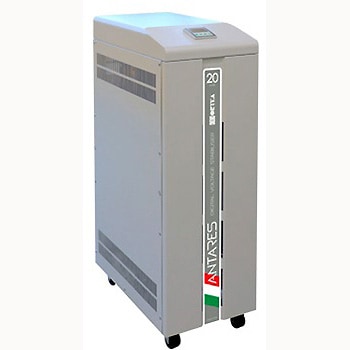 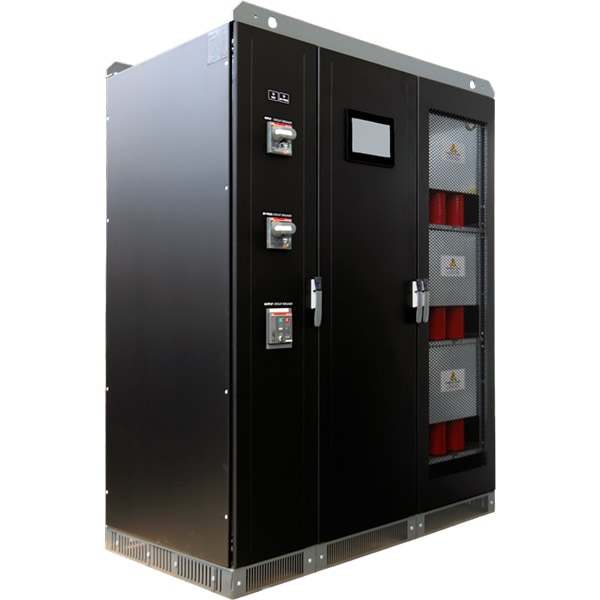 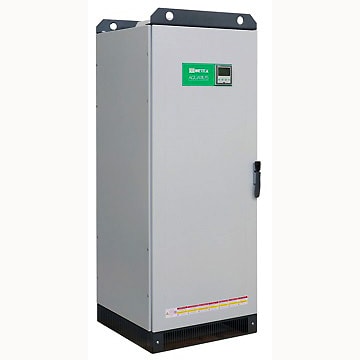 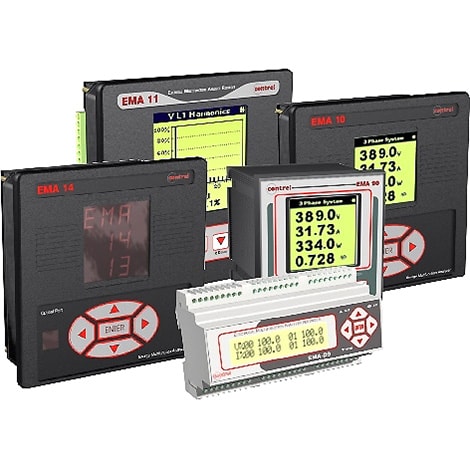 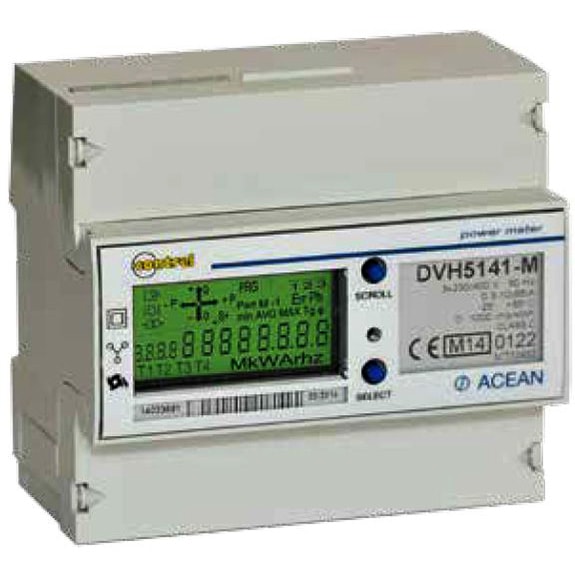